The Airforwarders Association is Active in Government! 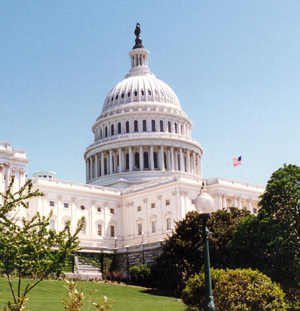 We are working proactively with cargo airlines, federal regulatory agencies, other interested stakeholders and members of Congress to promote cargo operations with airlines and to influence impending regulations.

We focus on making government officials aware that airfreight forwarders place a premium on safety and security and are actively working to ensure that our cargo and the public are safe.

It is important that you get involved. The AfA’s Government Action Center is provided as a service to our members to keep them informed on current legislative and public policy issues that affect our business. We encourage you to contact your legislator on issues that are important to you. All the information you need to be an effective advocate can be found here. Remember — decisions are made each day by Congress that have an impact on our business. These elected officials and their staffs must rely upon the expressed views of their constituents, the information of experts, and their own opinions to make important decisions. You can make a difference!

Expansion of national explosives detection canine team program. Canines could be used in all transportation sectors but primarily for surface and maritime.

The new focus on tax reform is good news for transportation because lawmakers and the White House are still considering pairing changes to the tax code with an infrastructure package and either moving them in the same vehicle or separately but at the same time.

Easily the most controversial and contentious item that the House Republican leadership is trying to advance is the border adjustment tax. This tax would in effect impose a tax on American imports while exempting American-made exports from income tax calculations. There are competing Washington, DC coalitions that have formed. The coalition supporting the tax is comprised of mainly big corporations while the coalition opposing the tax is comprised of hundreds of retailers (both large and small).

Still lots of questions: There still is just as little clarity about exactly what President Donald Trump’s $1 trillion vision for infrastructure will contain, how much money it will spend, in what way and on exactly what. The one thread that has continued since the campaign, however, is that the package will focus on clearing regulatory obstacles to realizing projects, and will rely heavily on incentivizing private capital investments.

This time last year, both the House and Senate had marked up a  FAA reauthorization bill. So far, neither chamber has introduced any legislation. The Senate is, at least for now, waiting on the House to move. Rep. Bill Shuster (R-Pa.), chairman of the House Transportation Committee, reiterated that the only date he’s focused on is Sept. 30, when the current authorization will expire. There are still two remaining hearings to be held and Shuster may introduce legislation at any time following the conclusion of those hearings. We are monitoring whether there will be any inclusion of lithium battery language.

The AfA provides an industry perspective to Capitol Hill hearings and events. Submitting public testimony on matters of homeland security is just one of the ways we work to provide lawmakers with information.

Find Your U.S. Congressman or Senator!

The Airforwarders Association is working every day to educate and inform members of Congress of the importance of air cargo the American economy. You can use the links below to find your representative and senator — the AfA is here to assist you in setting up meetings with your elected officials and providing letters to contact them.

The AfA represents forwarders and affiliated industry partners on Capitol Hill and at these agencies, committees and more: