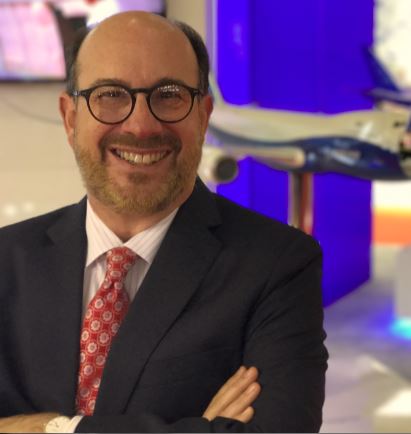 Brandon Fried was appointed to serve as the Executive Director of the Airforwarders Association in November 2005. Brandon has more than 38 years of experience in the air freight industry. He started his career as a sales representative in Los Angeles. He then moved to Washington, D.C. where he began, owned and operated the Washington office of a global freight forwarder specializing in time definite air cargo transportation.

Brandon is a recognized expert on the air cargo industry and regularly comments for major trade publications such as American Shipper, The Journal of Commerce and Air Cargo World.  He also continues to educate and advocate for forwarders in national publications, including the Washington Post, the Wall Street Journal, the Chicago Tribune, the Los Angeles Times, The Miami Herald and USA Today.  He has also appeared on National Public Radio, CNN News and C-SPAN’s Washington Journal television shows.

Brandon represents the Association on all security matters and serves on several Federal Advisory Committees. He advocates for the industry in the halls of Congress, the Department of Homeland Security and is the public face of the Airforwarders Association.

A graduate of Syracuse University, Brandon holds a Masters in Business Administration and lives in Chevy Chase, MD, with his wife Kim and two children, Evan and Jordan.

Brandon Fried, In The News

US Customs Determined to Tighten Scrutiny of e-Commerce Imports, May 10, 2018

As the US shutdown drags on, the threat to supply chains grows (The Loadstar, January 7, 2019)

Amid political chaos, some hope from above for cargo security (Air Cargo World, Nov 2, 2018)

What will ELDs do to the noble profession of truck driving? (Air Cargo World, Apr 2, 2018)

A glimpse into the future of forwarding - through a cloudy crystal (Air Cargo World, Feb 2, 2018)

CNS: Viva la tech revolution, for those who survive the disruption (Air Cargo World, May 3, 2017)